Caravans
Scroll or drag to visit

Almost all the news concerning Palmyra in 2015-16 referred to the site as a “caravan city”, the perfect expression to sum up succinctly the city’s history and destiny.

Michael Rostovtzeff coined the expression as the best way to describe the essence of his historical interpretation, i.e. that the principal cause of Palmyra’s economic, social and monumental development was to be found in the important caravan trade routes between East and West.

Ranked above the leaders were the ‘bosses’ who financed the caravans and vouchsafed their security against attacks from desert nomads. They could count upon a well-developed network of relations and agents in the Palmyrene trading posts (funduq) along the route – in Mesopotamia and beyond.

Michael Rostovtzeff defined these individuals as “prince-merchants”, whereas Ernest Will referred to them as “caravan protectors”. We would probably describe them as sheiks. 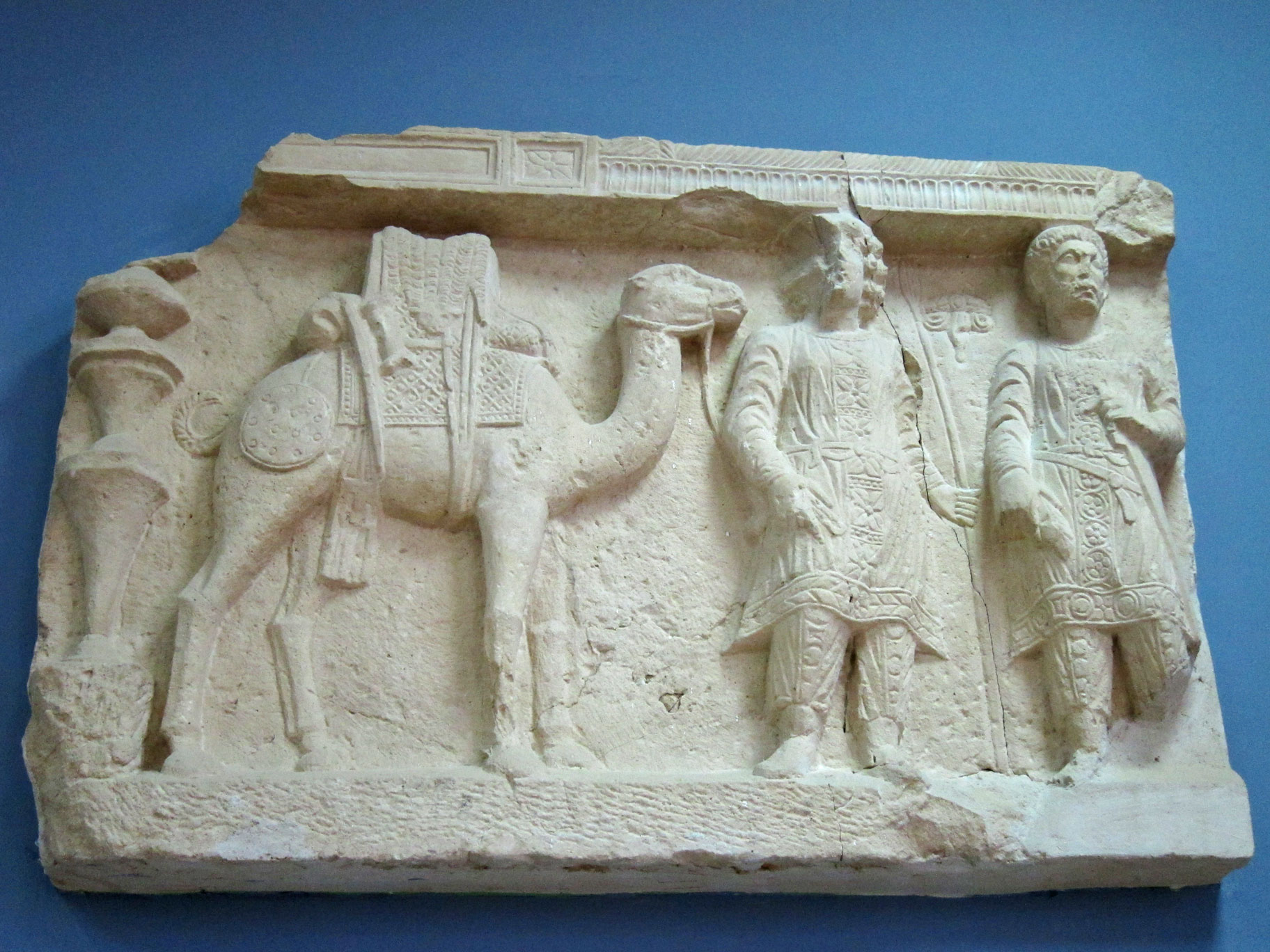 Section of sarcophagus with two camel drivers (© Museum of Palmyra)

There were many routes connecting East and West in the ancient world. The land routes of Central Asia criss-crossed Persia, Mesopotamia and Syria reaching the shores of the Mediterranean. But also sea routes from India towards ports of the Arab peninsula and Red Sea and to Egypt, or those that also departed India for the Persian Gulf and the Euphrates. Palmyra created a variant on the Persian Gulf route, and this proved one of the principal arteries between the 2nd and 3rd centuries AD.

The first section of the Palmyrene ‘shortcut’ towards the East crossed the desert from the city to the Euphrates. Once in Mesopotamia they embarked and sailed along the river in vessels waterproofed with wineskins.

In Palmyra there was a tanners’ guild which also specialised in the production of animal skins for this very purpose. Between 257-258 AD it was run by Hairan, son of Odenato.

Oasi of Palmir, at the beginning of it’s fortune (Ph. Emanuele E. Intagliata) 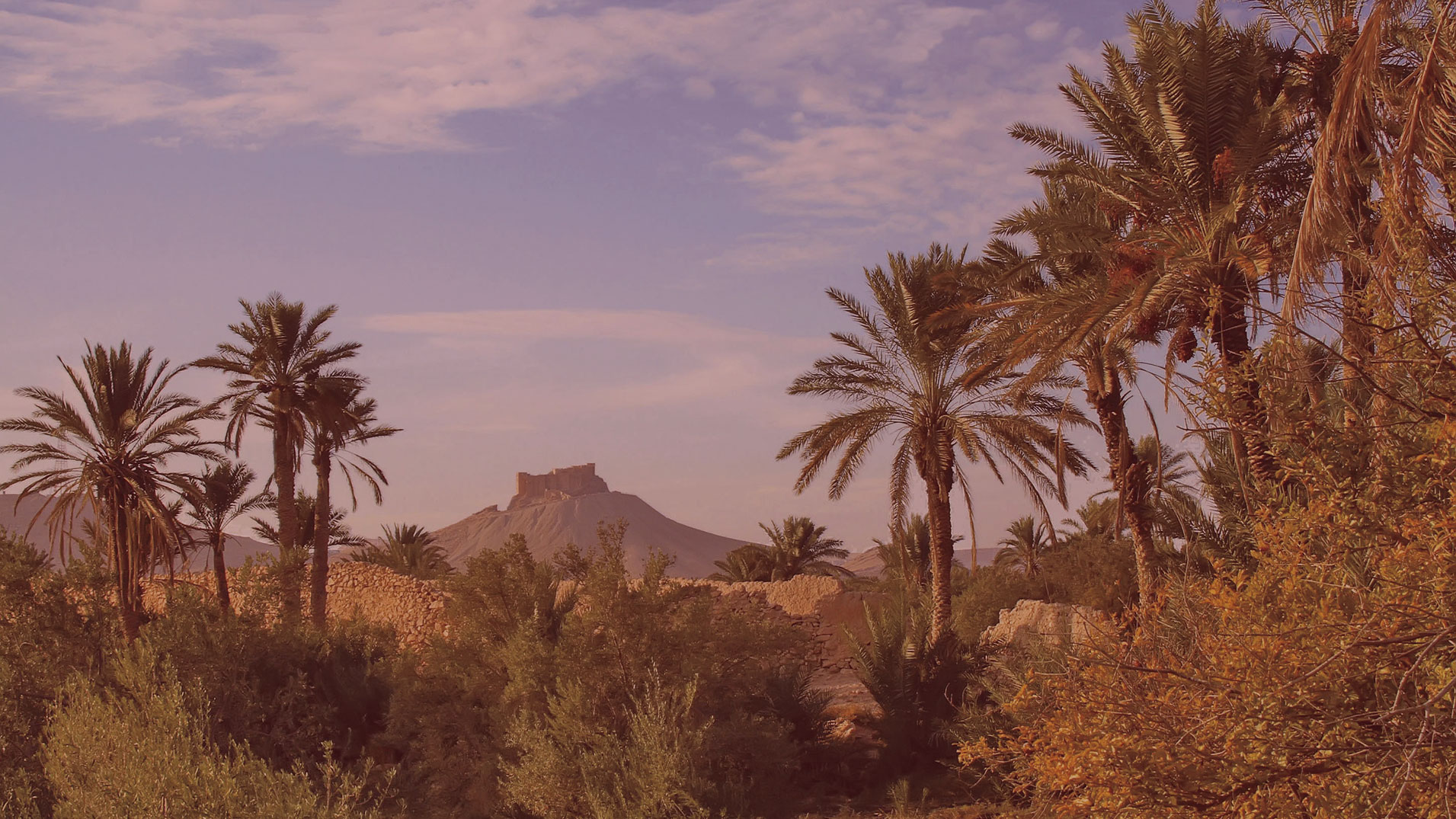 Life in the oasis