Columns
Scroll or drag to visit

The first photograph of Palmyra

The first image of Palmyra to reach the West was a general view painted by Gerard Hofstede van Essen during an English merchant expedition under the pastor William Halifax at the end of the 17th century. Even though it is a somewhat imaginative rendition, it remains the first ‘snapshot’ of the site and explains the reason for the powerful impression the countless rows of ancient columns – still in place – made: standing in splendid isolation in the midst of the desert steppes of Syria, for all the world like a mirage.

Romanticisation from the past?
I think not. Even now, 300 years later, when I see tourists arriving in Palmyra, usually at sunset, still deafened by the noise of the coach and exhausted after tours of other sites, I can guarantee that the incredulity at the sight of a veritable jungle of columns remains the same.

Nowadays, when satellites and drones can show those columns from every conceivable angle, nothing compares to the emotion of arriving in Palmyra and actually encountering them in the flesh.

The principal thoroughfare of Palmyra was the Great Colonnade which bisects the entire city for over a kilometre from west to east. It was flanked on both sides by wide porticos supported on columns. These offered excellent shelter from the sun, wind and sand, combining convenience with beauty, and disguising and unifying the irregularities of the urban fabric. It was constructed between the 2nd and 3rd centuries A.D. during the period when the city was increasing in size and wealth as never before.

What characterised the metropolises which flourished in the western portion of the Roman Empire and what distinguished them from less important cities? Simple: an extended colonnade flanking a road. So the citizens of Palmyra acted accordingly.

The central stretch of the Great Colonnade in the vicinity of the theatre (Ph. Giorgio Rossi – Pal.M.A.I.S.)

The Great Colonnade comprised three main sections constructed in different periods and with different orientations, but still conforming to a unifying project. The changes in direction of the route were disguised by scenographic elements, such as the Monumental Arch, built in all probability in honour of the Emperor Septimius Severus at the beginning of the 3rd century and subsequently celebrating Odaenathus and his family.

A singular architectural stratagem enabled persons passing beneath one of the arches to be unaware that they were actually rounding a bend leading to the final section of the road and ultimately to the entrance of the Bel Sanctuary. 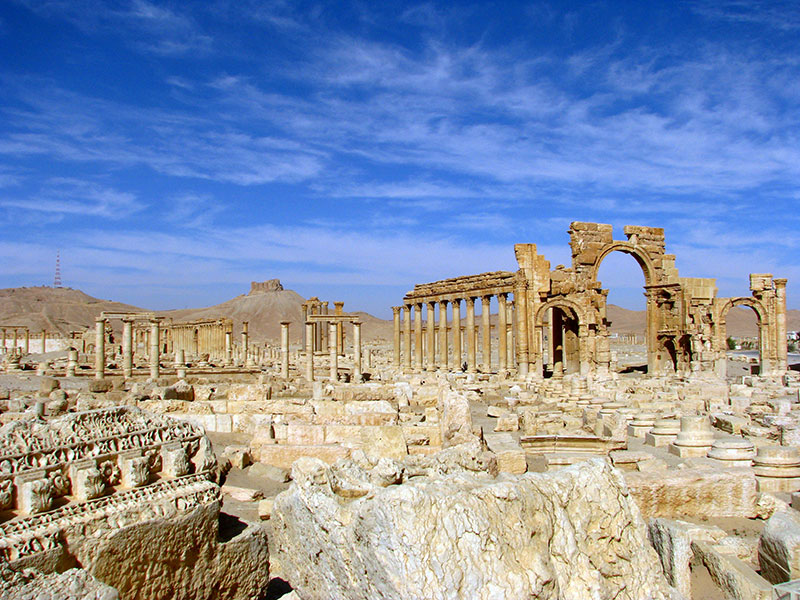 Despite some minor damage, the arch withstood the test of time and weather, but sadly not that of man: it was destroyed in 2015.

Amongst Palmyra’s seemingly most intact monuments prior to its brutal destruction in 2017 was one which in all honesty was not very ‘original’ at all. This was the Tetrapylon, a spectacular construction erected in the oval plaza separating the first two stretches of the Great Colonnade. It comprised four “baldacchini”, or canopies, each supported on four columns of Egyptian granite between which honorary statues must have been inserted. Sadly we do not know who this prestigious monument, with its elegant architecture, precious materials and conspicuous position (everyone who travelled the Great Colonnade had to go round it), was intended to honour. Hypotheses sustaining that it was erected for the great prince-merchant Soados in the 2nd century are not backed up by sufficient evidence.

The Tetrapylon, a mirage during a sandstorm (Ph. Gioia Zenoni)

What is beyond doubt is that during the 1960s during a sweeping development of the site under the aegis of Khaled al- As‘ad, the Tetrapylon was rebuilt using the building materials distributed in the vicinity on the basis of detailed studies and comparisons of similar constructions – for example that in Jerash in Jordan.

A treasure chest of collective memory

The colonnades of Palmyra were also the favoured positions to honour worthy citizens by erecting statues with inscriptions commemorating their names and achievements. These statues were not placed on the ground in accordance with tradition, but positioned on shelves protruding from the column shafts, thus forcing the observer to look upwards to admire them.

None of the statues has survived, probably because they were made of bronze and later melted down for different purposes. 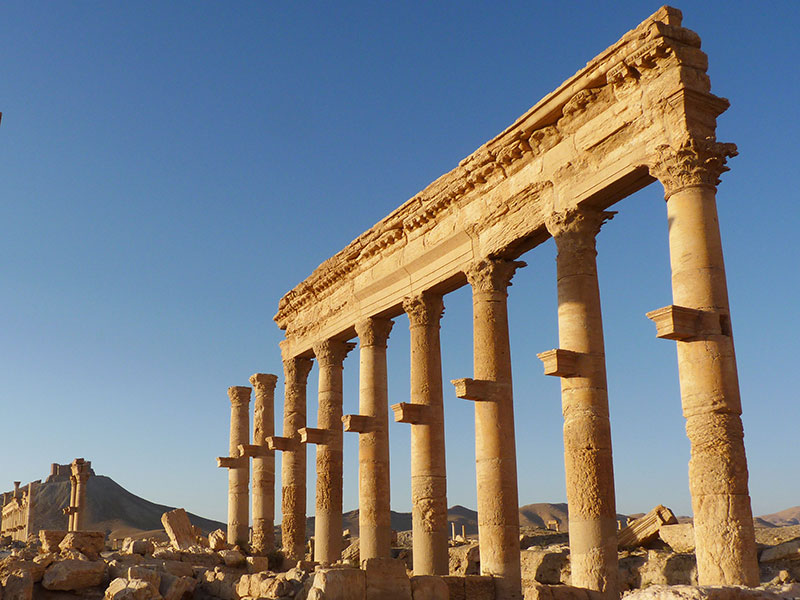 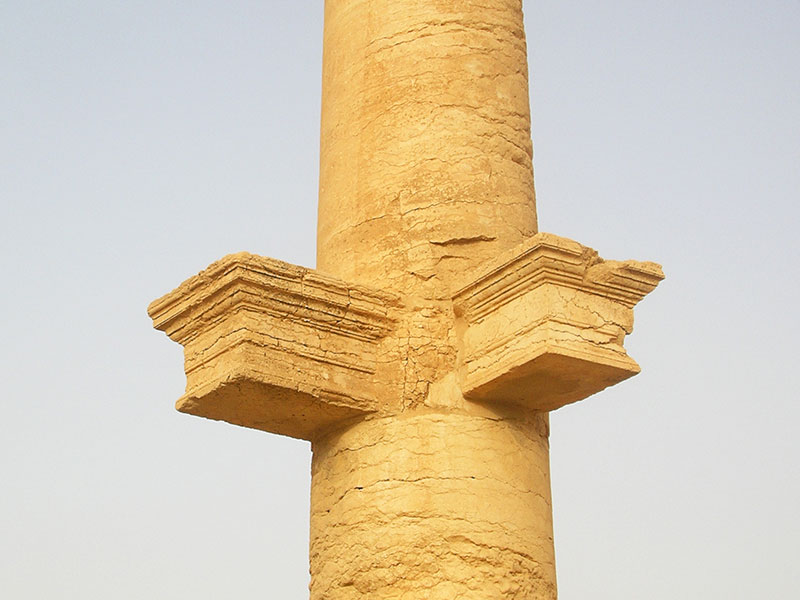 The Great Colonnade was the privileged place for communication (Ph. Gioia Zenoni)

One struggles to grasp just how utterly remarkable this urban landscape must have once been, with its long ranks of statues perched on the columns, a veritable treasure chest of Palmyra’s collective memory and a mirror of her history. 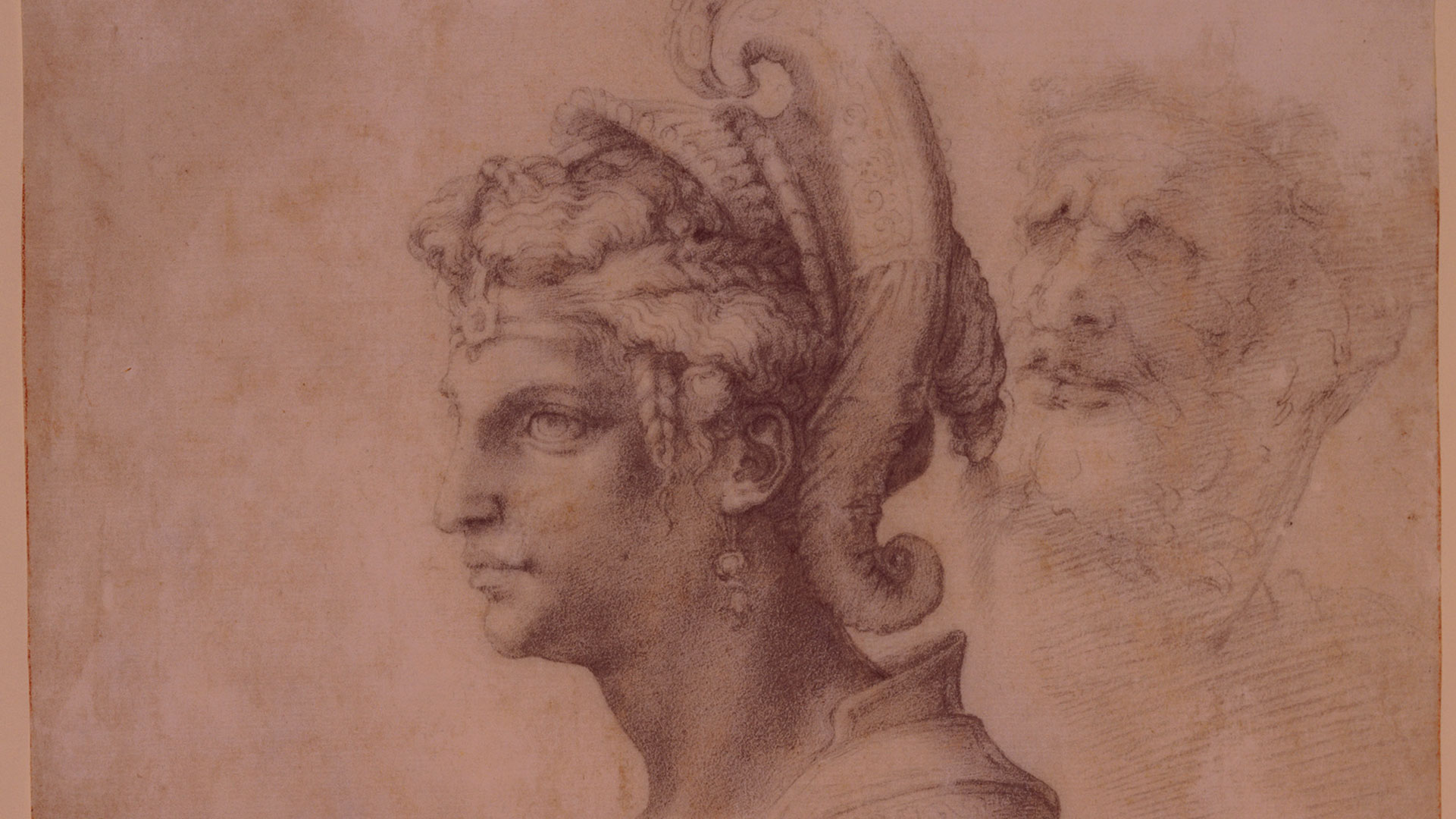