Palmyra beyond Palmyra
Scroll or drag to visit

Not only was Palmyra a great metropolis of the Eastern Roman Empire, but its history reaches back and beyond in time. Archaeological explorations have revealed the site’s importance in the first Islamic age.

The suq established on the Great Colonnade (Ph. Federica Crespi)

One particular discovery that was made thanks to the work of Khaled al As’ad in collaboration with the Polish expedition concerns the sector of the Great Colonnade west of the Tetrapylon. Here a suq (a market) was uncovered.

Between the end of the 7th and the beginning of the 8th century AD, the roadway was occupied by a long row of stalls and the thoroughfare was shifted to two parallel alleyways.

Despite this significant alteration, it is very interesting to note how the main function of the Roman Great Colonnade continued unabated alongside that of the Islamic suq, given that both may be considered the very heart of the economic and commercial activity of the city.

Instead of the great roadway, two alleys, but in both cases we can imagine the noisy and bustling activity of a Middle Eastern marketplace.

Traces of Palmyra and its inhabitants also go beyond the city limits and surrounding territory. In order to uncover them we have to follow in the footsteps of soldiers, slaves, traders and gods.

Dura Europos was a fortress-city situated on the Euphrates. It was controlled by the Romans from 165 to 256 AD, and here, in addition to a Christian church and a Mitreo, there was also a temple dedicated to the Palmyrene gods.

In the centre of a famous fresco can be seen the tribune of the Palmyrene auxiliaries Julius Terentius feeding the flame of a censer in the process of making a sacrifice. Behind him can be seen a standard bearer and numerous soldiers.

In the other half of the fresco, each on a pedestal, stand the three deities to whom the sacrifice is being made. They too are in military garb: Yarhibol in the middle; Aglibol to the left adorned with the rising moon; to the right, Arsu/Mars with helmet and shield.

Beneath the gods stand due female figures, richly draped with turreted crowns, representing the cities of Palmyra and Dura. Their identities are confirmed by inscriptions.

In Rome too we find representatives of the Syrian community, including Palmyra, as witnessed by places of worship. These were situated in the suburban and port area on the right bank of the river Tiber: the very heart of the commercial activities of the world’s capital city.

The earliest monument of Palmyra in Rome dates to the last years of the 1st century AD. This is an altar dedicated to Sol Sanctissimus by Tiberius Claudius Felix, his wife Claudia Helpis, his son Tiberius Claudius Alypus and by the Calbienses de cohort tertia (slaves of the emperor who worked in the great warehouses – the Horrea Galbiana – of the port).

The Palmyrene version of the inscription however differs from that in Latin (above). Here we read only the name of Tiberius Claudius Felix, the most important person, an imperial freed man (the others are indicated generically as Palmyrenes), whereas the gods receiving the sacrifice are labelled Malakbel and gods of Palmyra.

Altar dedicated to the gods of Palmyra (© Musei Capitolini) 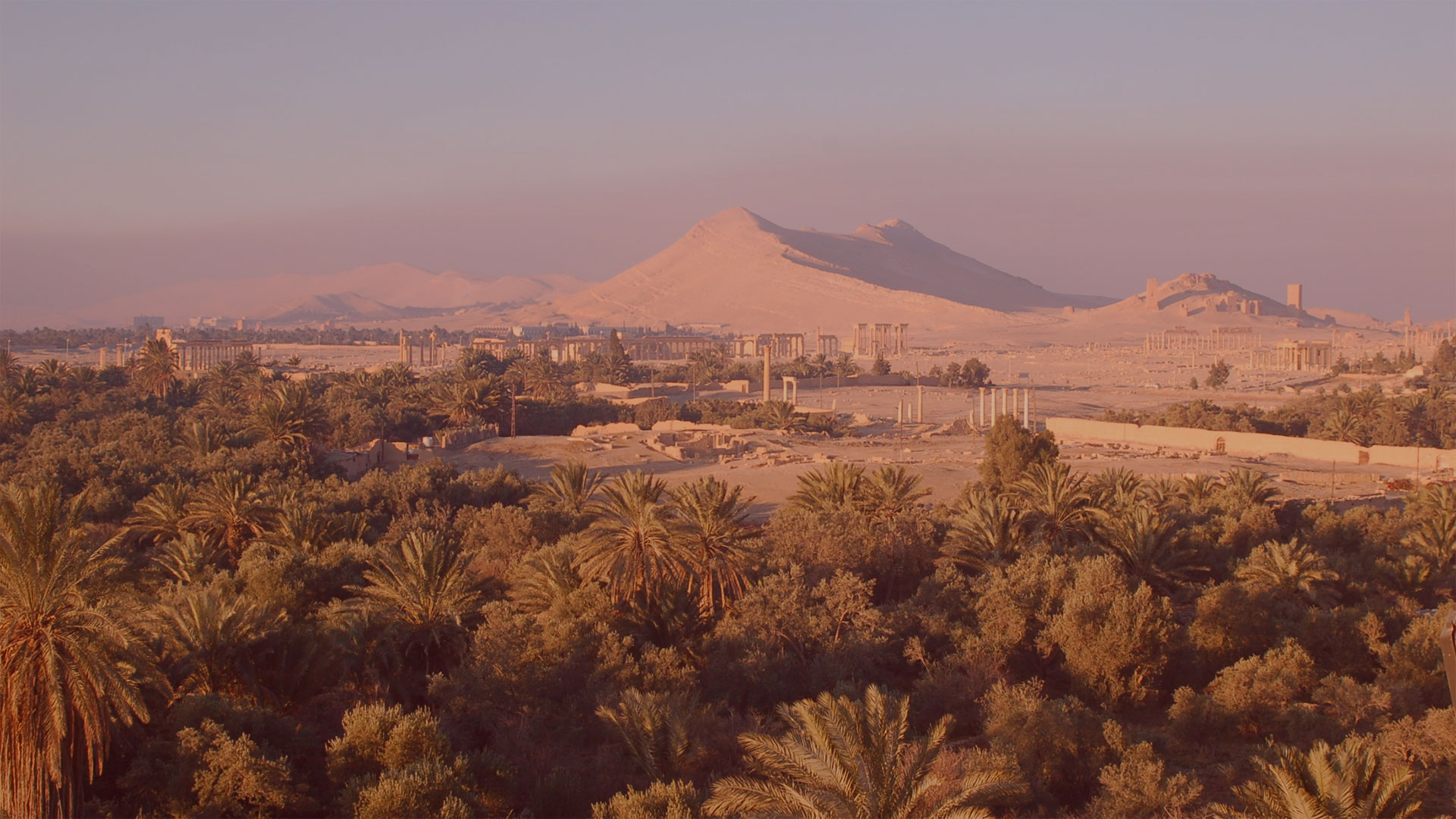 Palmyra between past, present and future