Tombs
Scroll or drag to visit

The Valley of Tombs

In order to acquaint ourselves with the Palmyrenes, their mentality and values, their culture and social hierarchies, we have to turn not only to the city in which they lived, but also to that in which they laid their dead to rest.

The most spectacular and in many ways, the most moving of the necropolises surrounding Palmyra is that located along the ancient access road to the city for travellers from the west, known as the “Valley of Tombs”.

With the magnificent empty desert landscape as a backdrop, its tower tombs have welcomed merchants, soldiers, travellers and scholars for centuries.

The tower tombs are tall quadrangular constructions. Within, 4 or 5 funeral chambers are to be found one above the other with interconnecting stairs. Subterranean chambers also exist. The façade can feature both a foundation inscription and a portrait of the founder.Until the destruction of 2015, one the best-preserved towers was that of Elahbel. Founded in the era of the Emperor Trajan by four brothers who belonged to an important family of the Palmyrene elite with ties to the Roman political class, they maintained their roots however in local traditions. This is witnessed by the choice of a funeral monument in the preferred style of important Palmyrenes, at least up to the 2nd century AD: the tower tomb. 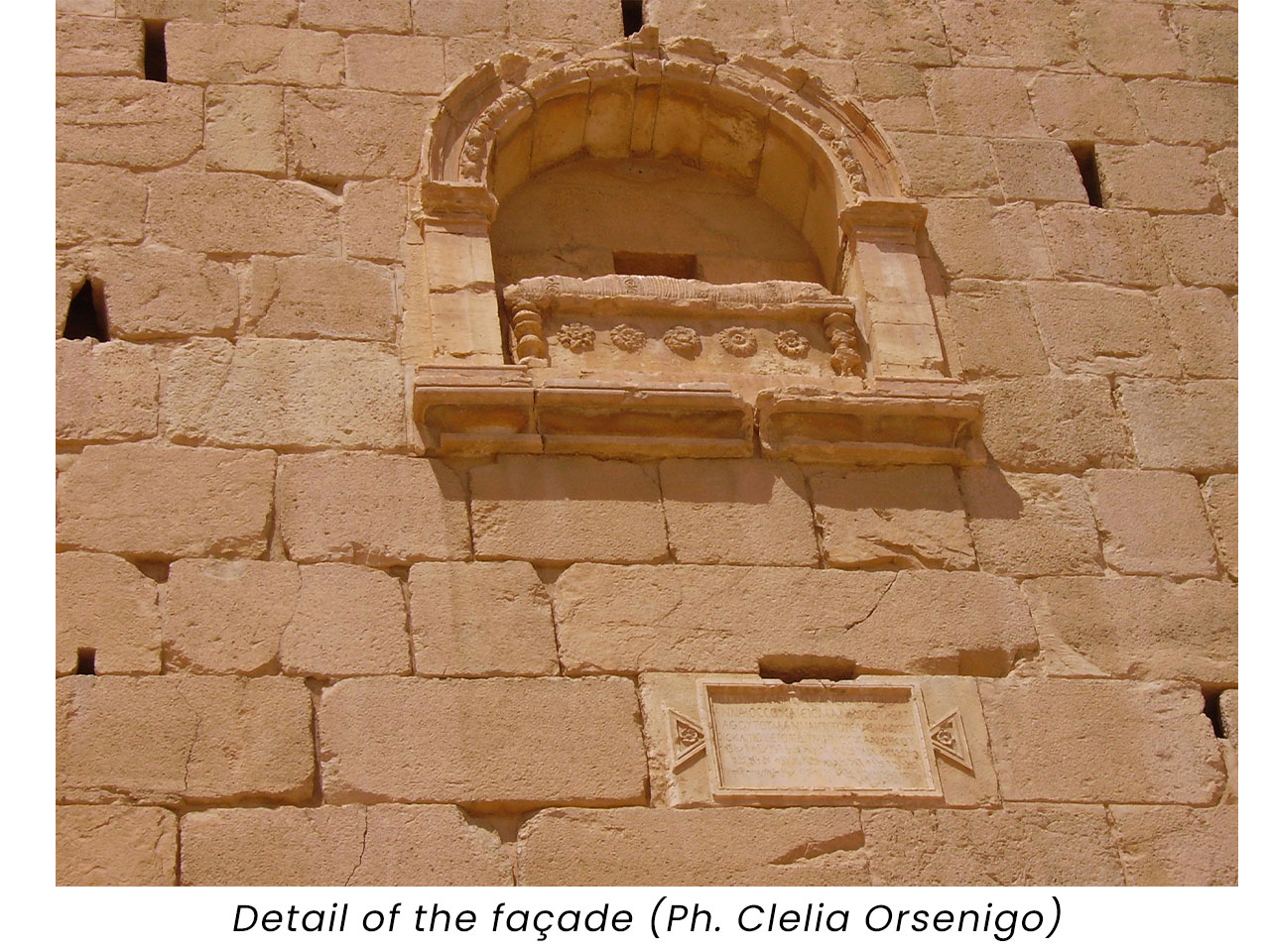 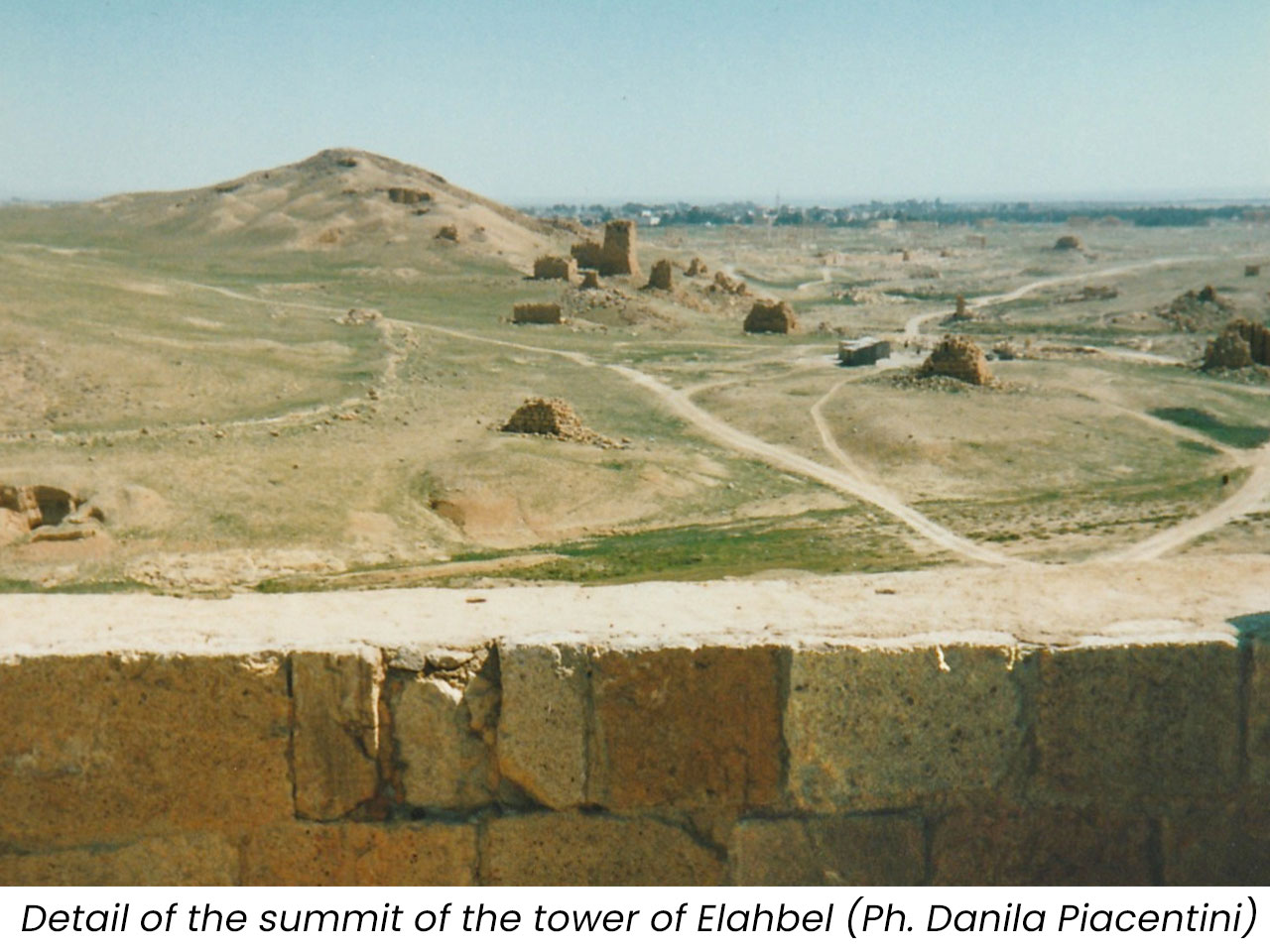 In the mid-2nd century AD things changed: a powerful influence from the western Roman world can be detected, not least in the type of monumental and collective tomb preferred by the Palmyrene elite. The task of these was to commemorate the importance and power of the family in eternity. From the outside these constructions resemble temples, houses or palaces, and it is only on entering that their true purpose is revealed by the characteristic stack of niches.

One of the finest is the “Funereal Temple” dating to the end of the 2nd– and beginning of the 3rd century AD. This construction not only offers a spectacular conclusion to the west of the view down the Great Colonnade, the principal thoroughfare of the city, but it is also situated at the junction between this and the Transversal Colonnade which was the access route to Palmyra for travellers from the west.

Another type of collective tomb is the hypogeum, a tomb dug into the rock below ground comprising a long wide corridor giving access to lateral funeral niches and sometimes even to proper chambers.

The hypogeum of Yarhai reconstructed by the National Museum of Damascus (Ph. Giorgio Rossi)

From the 2nd century AD, a time in which Palmyra became a crucial artery for commerce from the East to West, the hypogea no longer belong to single clans, but are common burial units for several families. This means that they are not tombs for a single noble clan, but tombs for middle class families. This “merchant bourgeoisie” possessed the means for a burial of a certain prestige, meaning that social ascent in the city of the living is promptly mirrored in that of the dead. 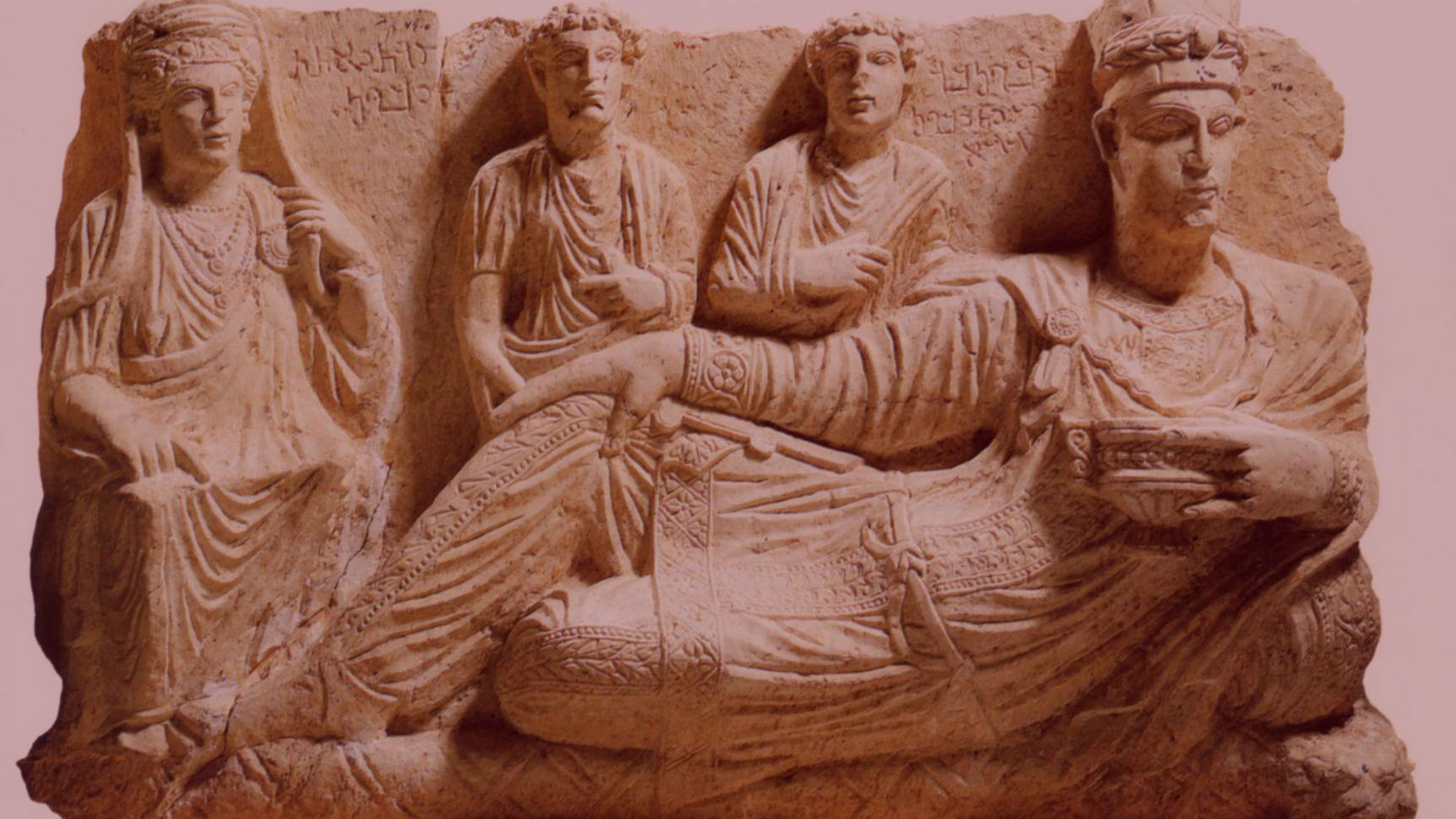