Two Zeus and other gods
Scroll or drag to visit

Bel in the “house of all gods”

The sheer variety, complexity and dynamism of Palmyrean society are clearly exemplified in its religion.

The centre of religious life in Palmyra is without the doubt the immense Sanctuary of Bel, referred to by Palmyreans as the “house of all gods”. As this name suggests, not only Bel was venerated here, but a large number of deities from a variety of origins could be encountered.

The roots in Palmyra of the cult of Bel go back a long way and have assimilated the Mesopotamian tradition. The name itself, meaning ‘Lord’, is translated in Greek as Zeus and like that deity, Bel’s symbol is the eagle. 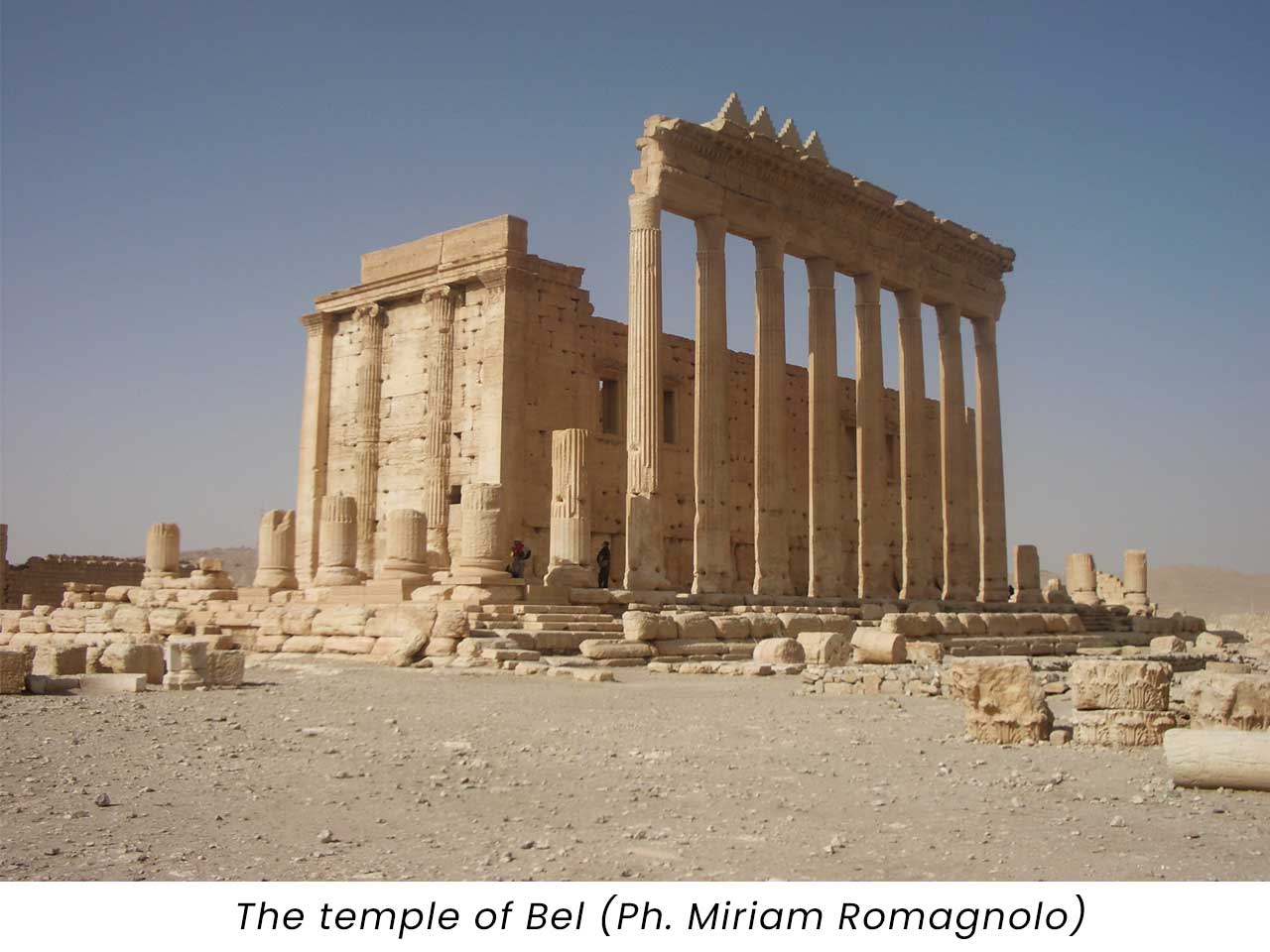 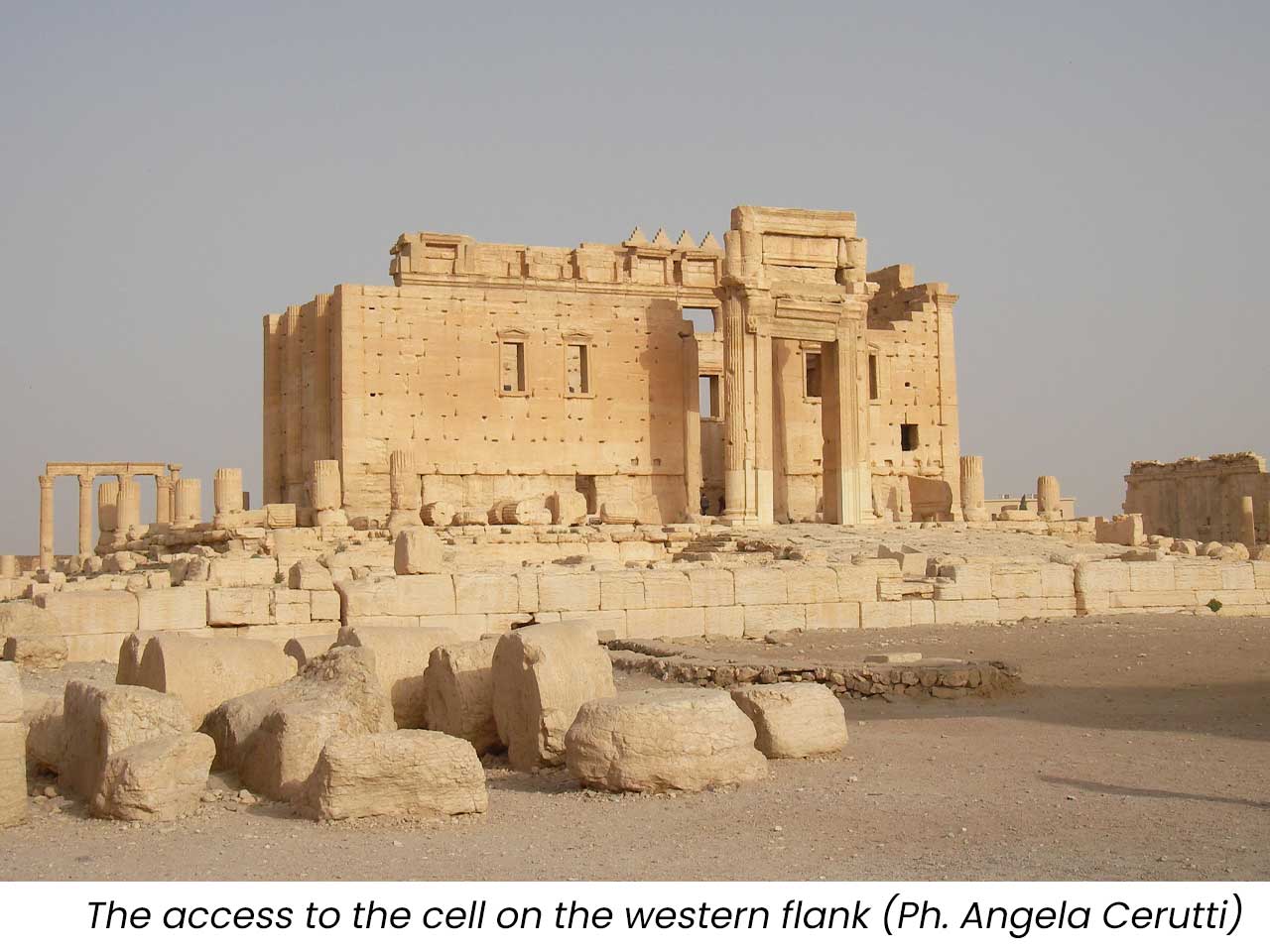 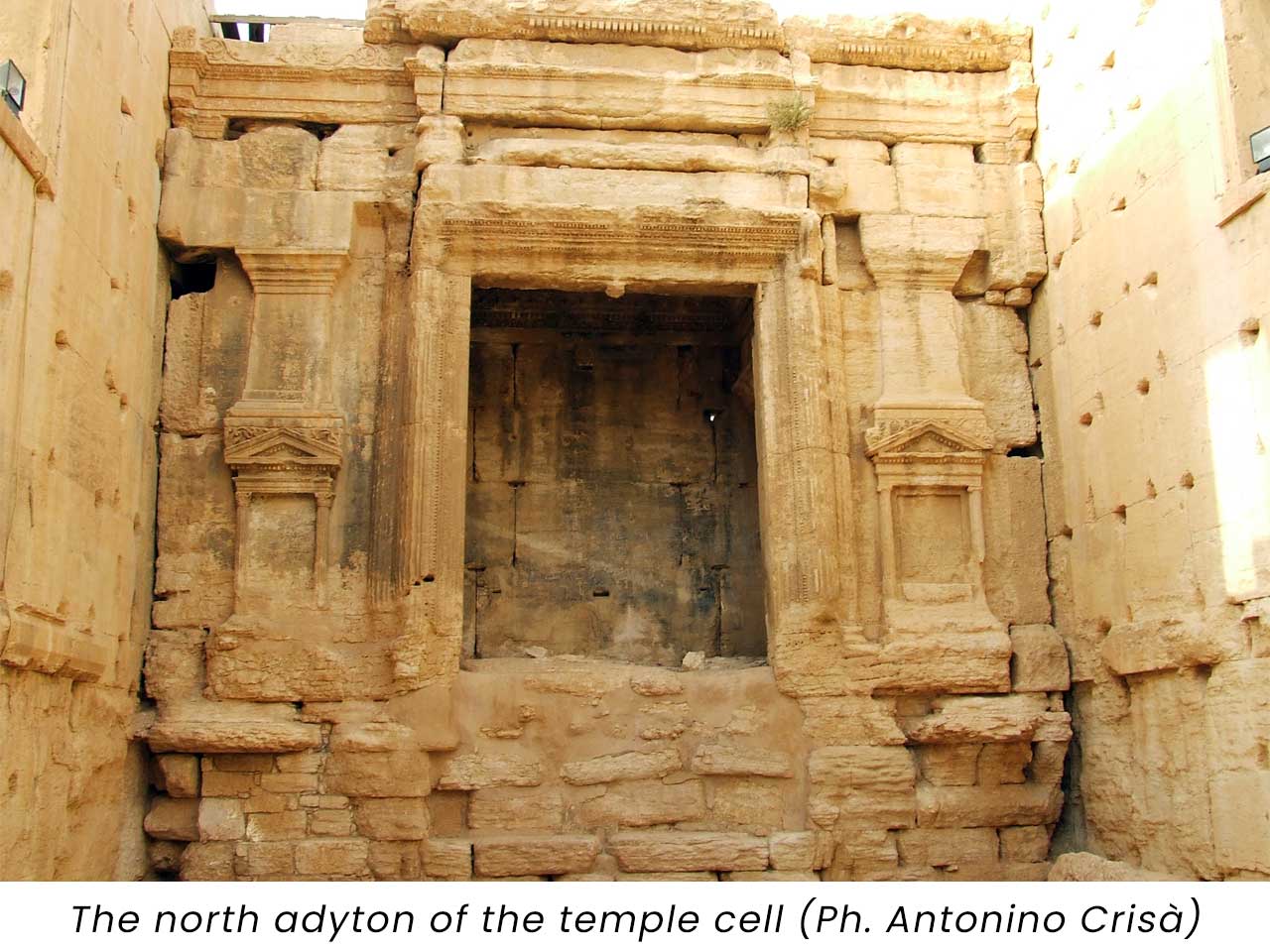 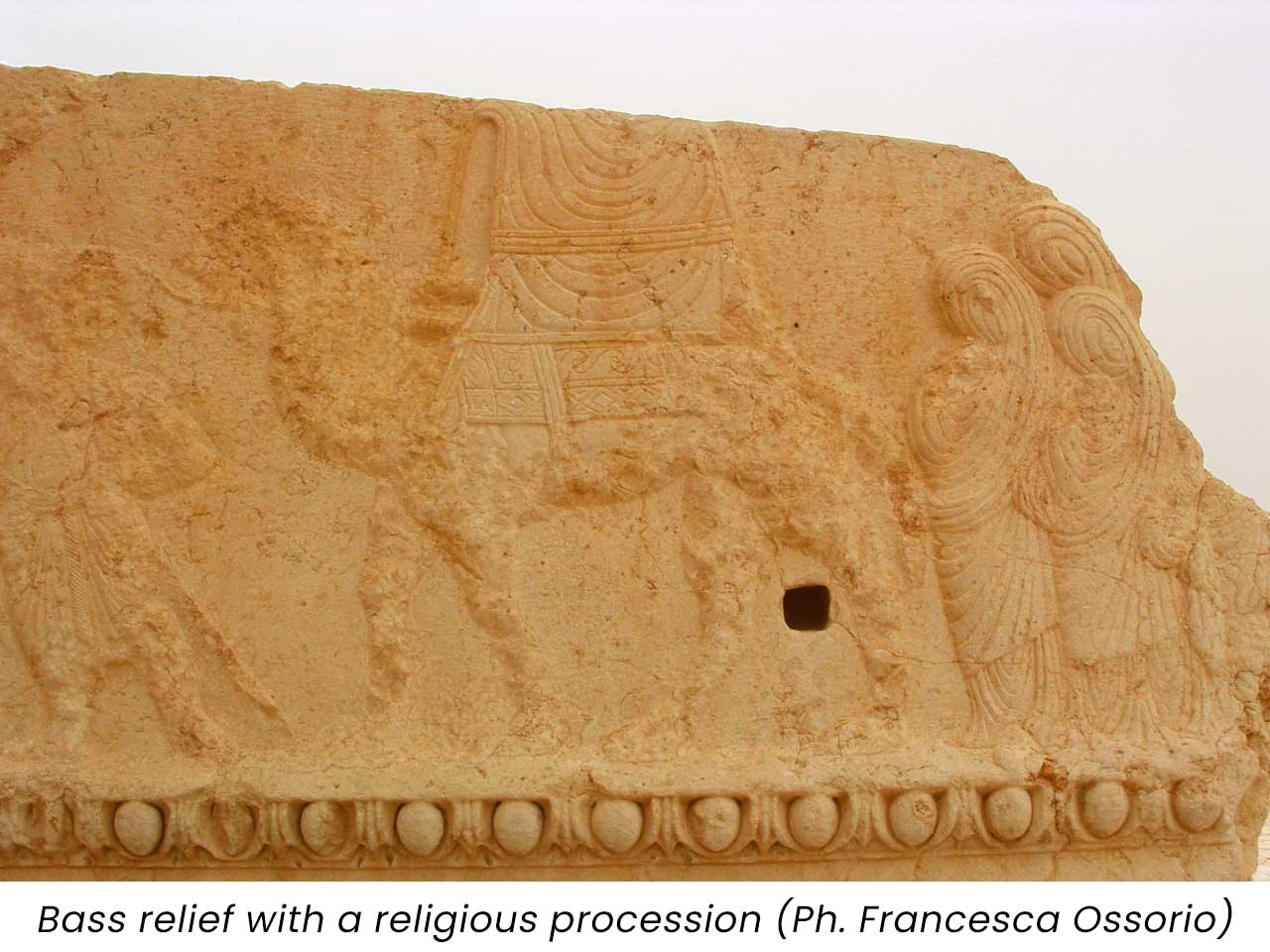 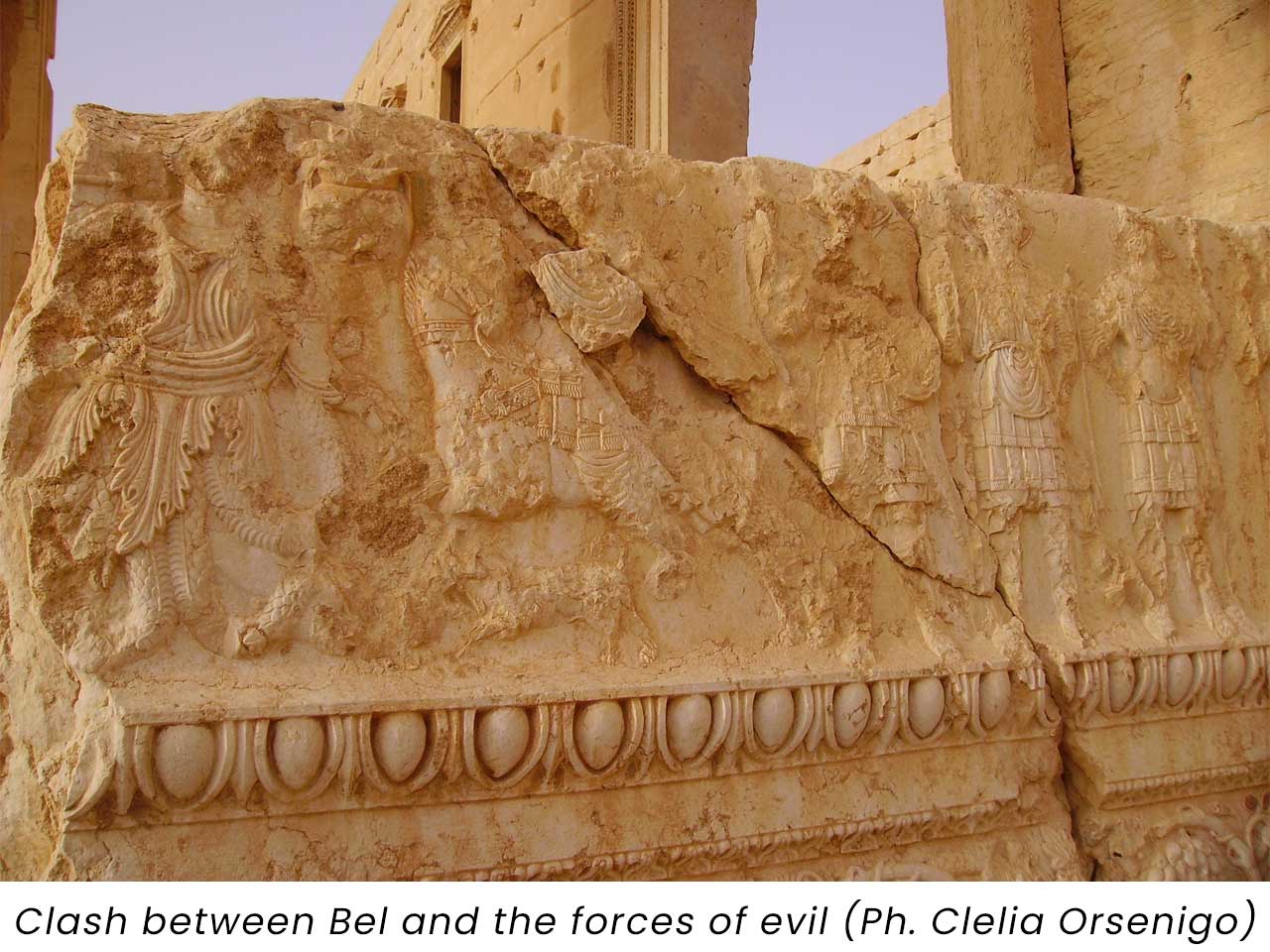 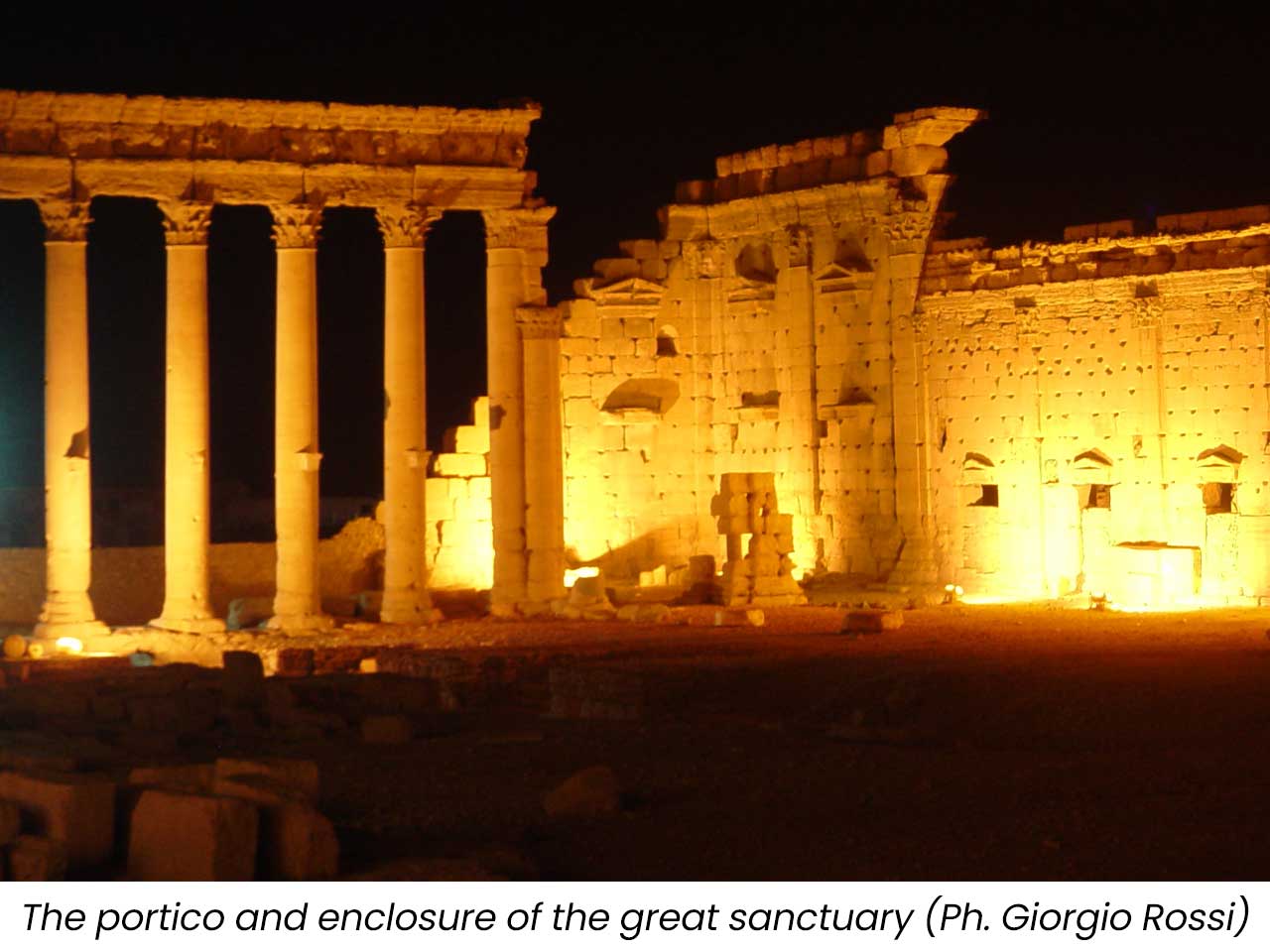 Bel is often flanked by other gods in reliefs and epigraphy. A wonderful ‘group photo’ was visible on the ceiling of the north adyton of the temple cell. Known since the 18th century thanks to the architect Borra’s drawings, it was referred to as the “Zodiac Ceiling”.

Baalshamin – between Sun and Moon

There is another Zeus in Palmyra, or rather, there is another god called “Lord of the Skies” Baalshamin which is translated as Zeus. His roots are Phoenician.

Like Bel, Baalshamin is not alone in his sanctuary, nor is he solitary in inscriptions and reliefs: he too is accompanied by the Sun and Moon. 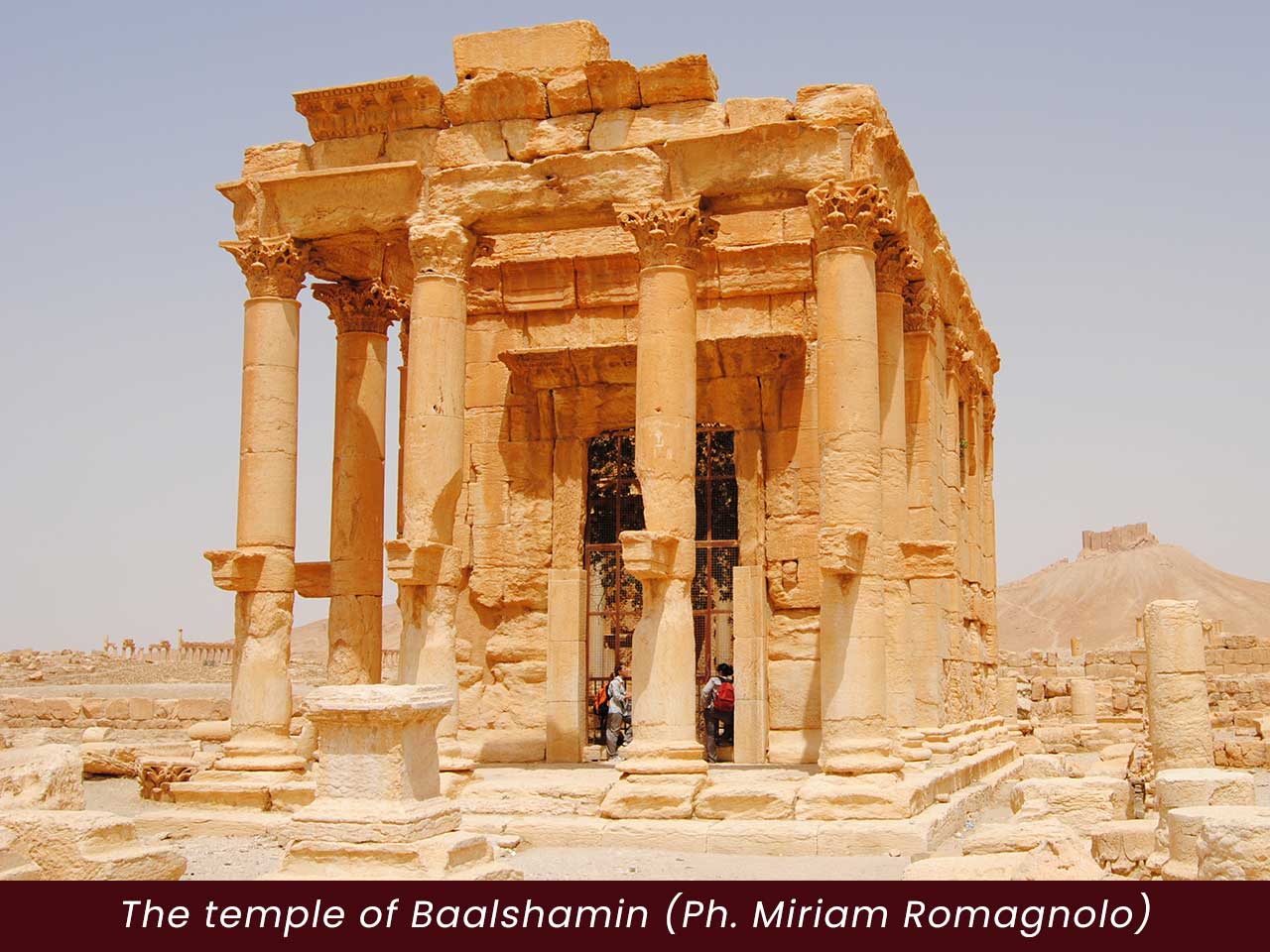 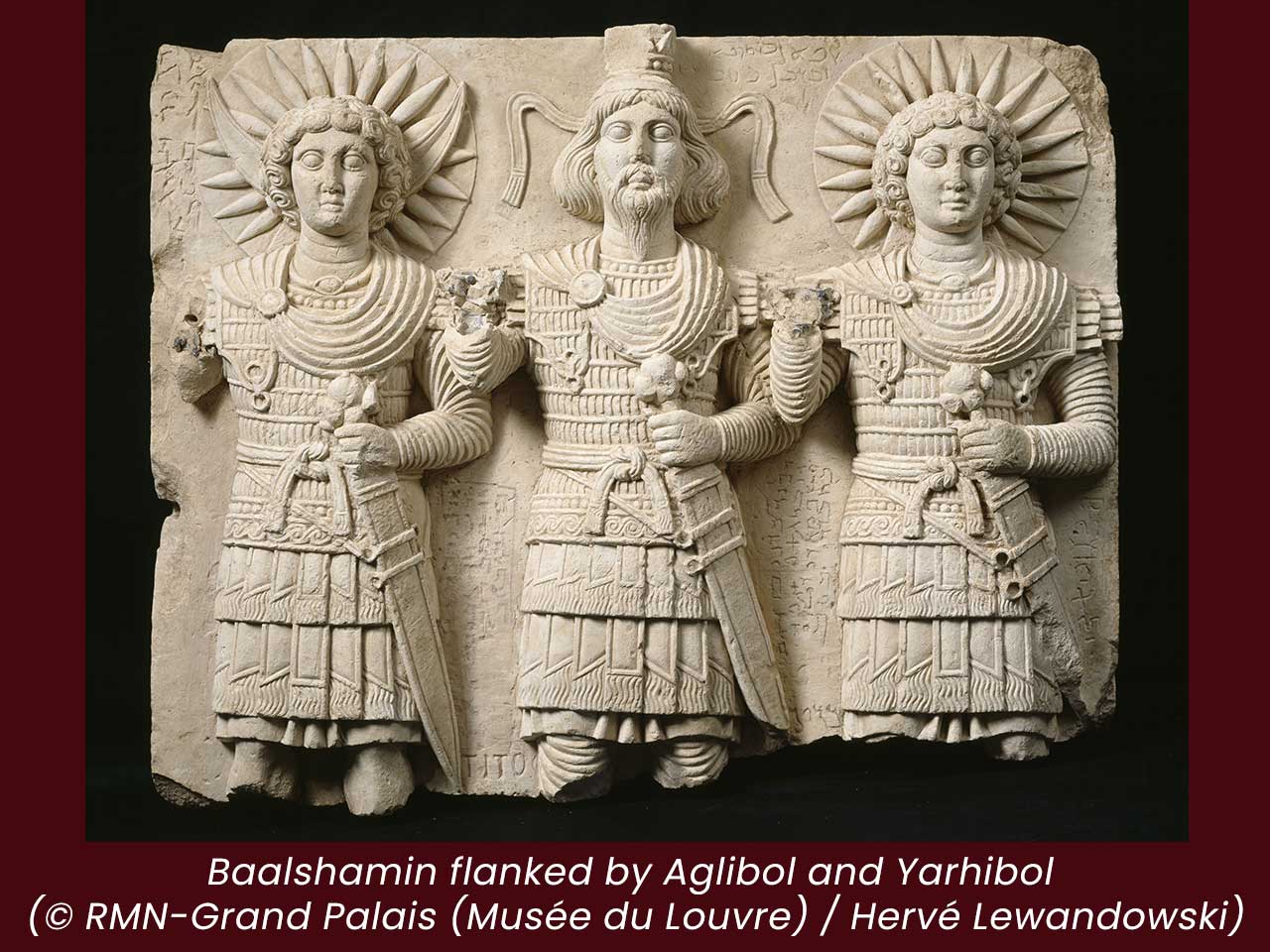 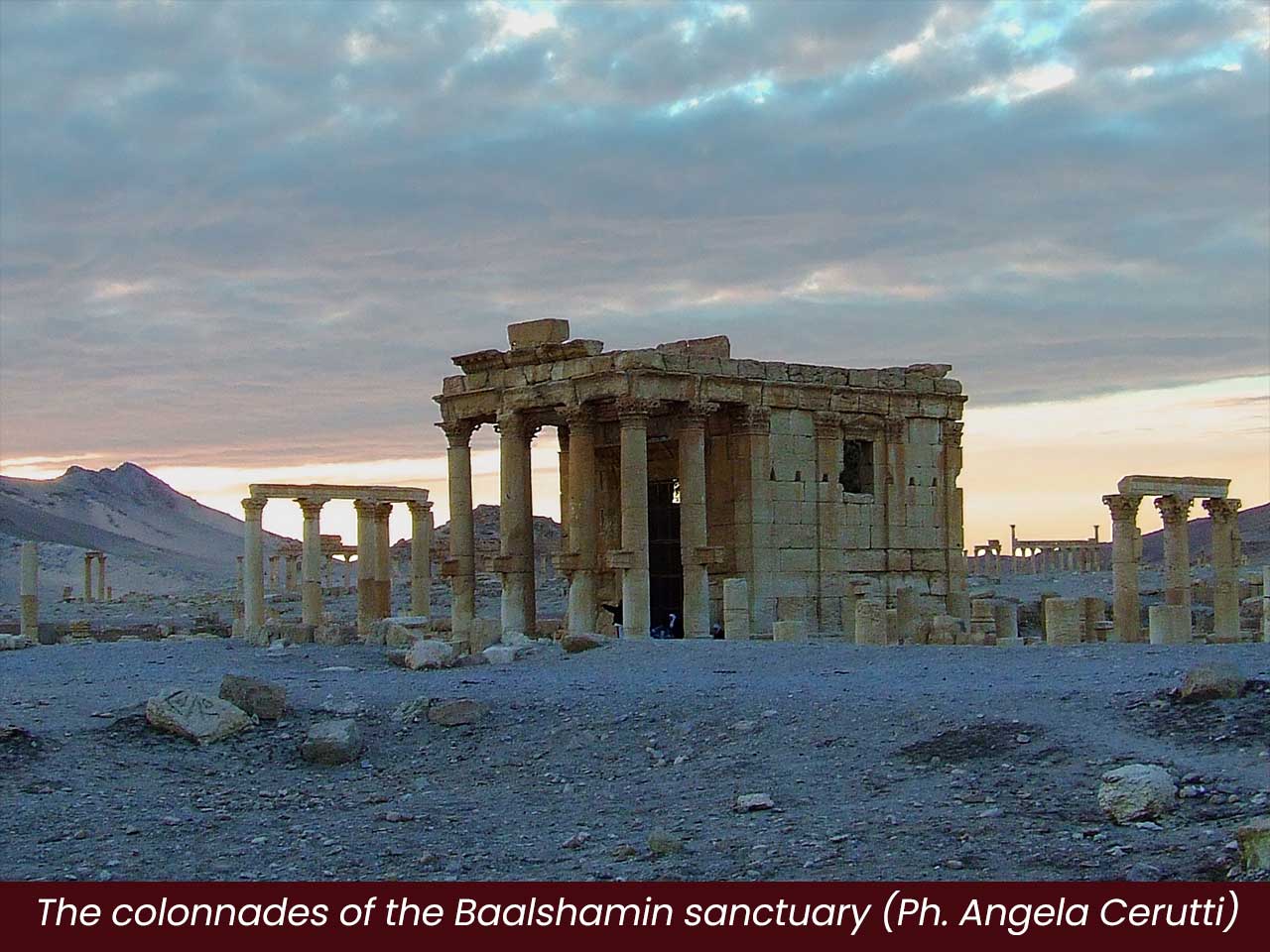 In the Museum of Lyon a relief exists showing Bel facing Baalshamin, accompanied by Yarhibol and Aglibol. They seem to be at peace with each other, neither enemies nor competitors. I is a fine image of concord, peace, cohabitation and tolerance, radically removed from the scenes of hatred, incomprehension and war with which we now all associate the name of Palmyra. 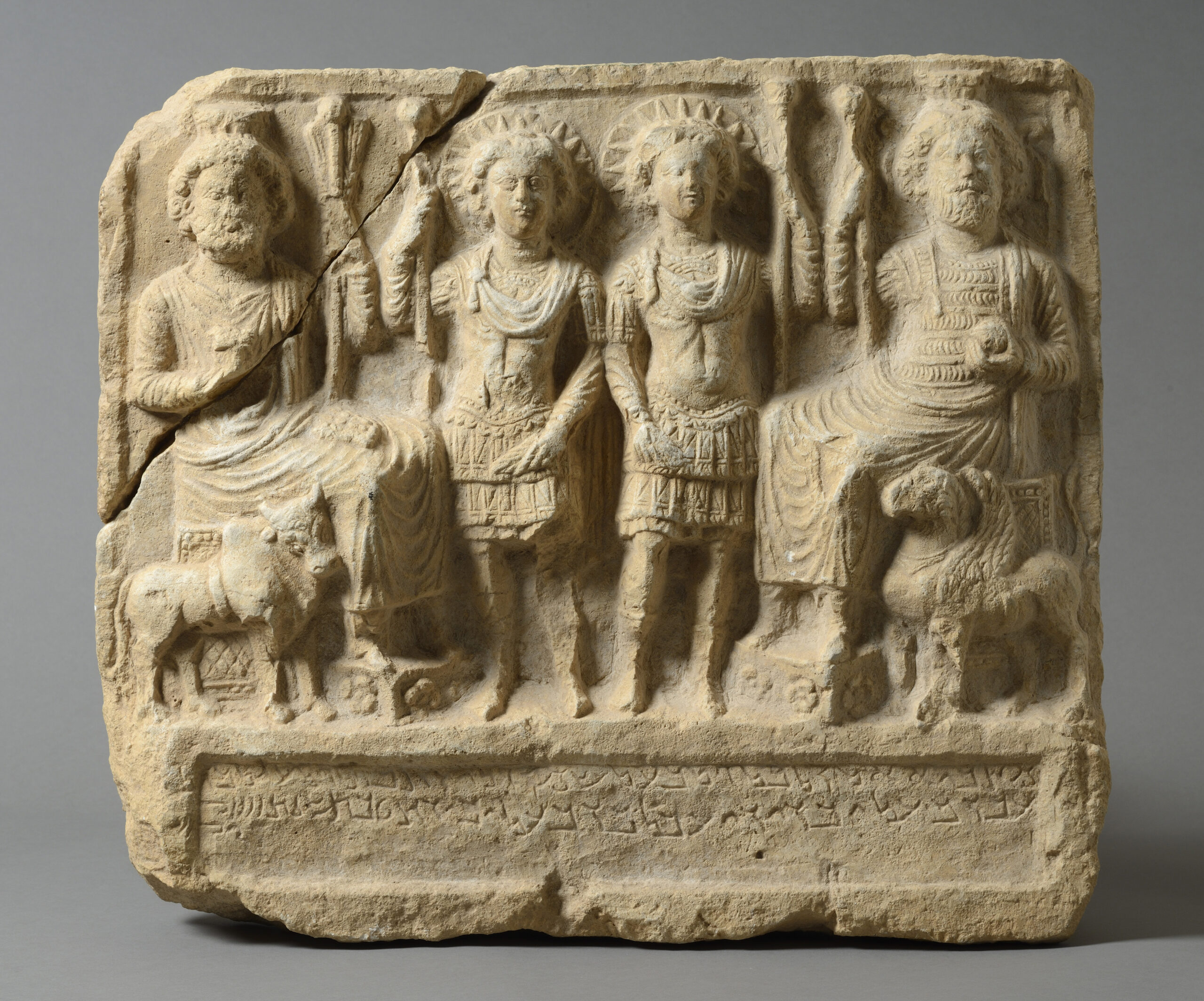 Up until the year 2015 one could admire both the temples of Bel and of Baalshmin, magnificently preserved at Palmyra. Today they exist no more: they were razed to the ground and crushed by barbarians seeking global media attention and notoriety – which they achieved. Bel and Baalshamin are no longer united in peace and tolerance, but in a horrendous vision of war and destruction.

Other gods in the oasis

Many gods were venerated in Palmyra and the surrounding territory. Depicted in varying shapes and images, and in diverse groups, they convey a vivid image of Palmyra’s multi-faceted and dynamic society.

The lion of the Allat sanctuary, now in the Museum of Palmyra (Ph. Clelia Orsenigo)

Some of Palmyra’s deities were brought to the city along with nomadic Arab peoples. Not only did the humans settle, but also their gods. These are wrathful gods who bear weapons in order to defend their followers from the constant threat of danger in the desert.

And thus Allat, “the Goddess”, was also depicted in her temple in the shape of Athena, the warrior goddess of the Greek pantheon.

A great lion with an antelope crouching between its paws protected the Palmyrean sanctuary of Allat. The inscription on this relief invoked the blessings of Allat on all who abstained from shedding blood in the sacred area, perhaps as a reference to the right of sanctuary within the temple or to non-violent ritual sacrifices.

The god of the Efqa spring

The remains of the sanctuary by the spring of Efqa (Ph. Joseph Greene – Manr al-Athar)

In addition to appearing alongside Bel and Aglibol in the great sanctuary of Bel, Yarhibol had his own independent sacred space and is depicted as the patron of Efqa, the main spring of the oasis.

Referred to in epigraphy as the “idol of the spring” and “Good Fortune of the blessed spring”, Yarhibol was also responsible for appointing administrators of the spring in consultation with the oracle.Given the fundamental importance of water for life in the oasis, the sanctuary situated close the spring is in all probability very ancient. Only a few traces remain, and texts refer to it only from the 2nd century AD.

The god with no name

Altar dedicated to an anonymous god from the Pal.M.A.I.S. excavations (Ph. Marina Albeni)

More than 300 small altars dating to the 2nd and 3rd centuries AD have been uncovered in Palmyra. They are dedicated to an anonymous god known only thanks to a number of recurring epithets such as “whose name is blessed forever”, “benevolent”, “compassionate”, “good and munificent”.

Many attempts have been made to identify this mysterious deity and several hypotheses exist as to who he was. Perhaps it is preferable to let anonymity prevail – as was probably the intention of those who venerated the god. However, it is worth emphasising the intensity and novelty of the religious sentiment inherent in these modest relics, so different from the all other Palmyrean religions. This god “hears the wishes” of its devotees and grants them. 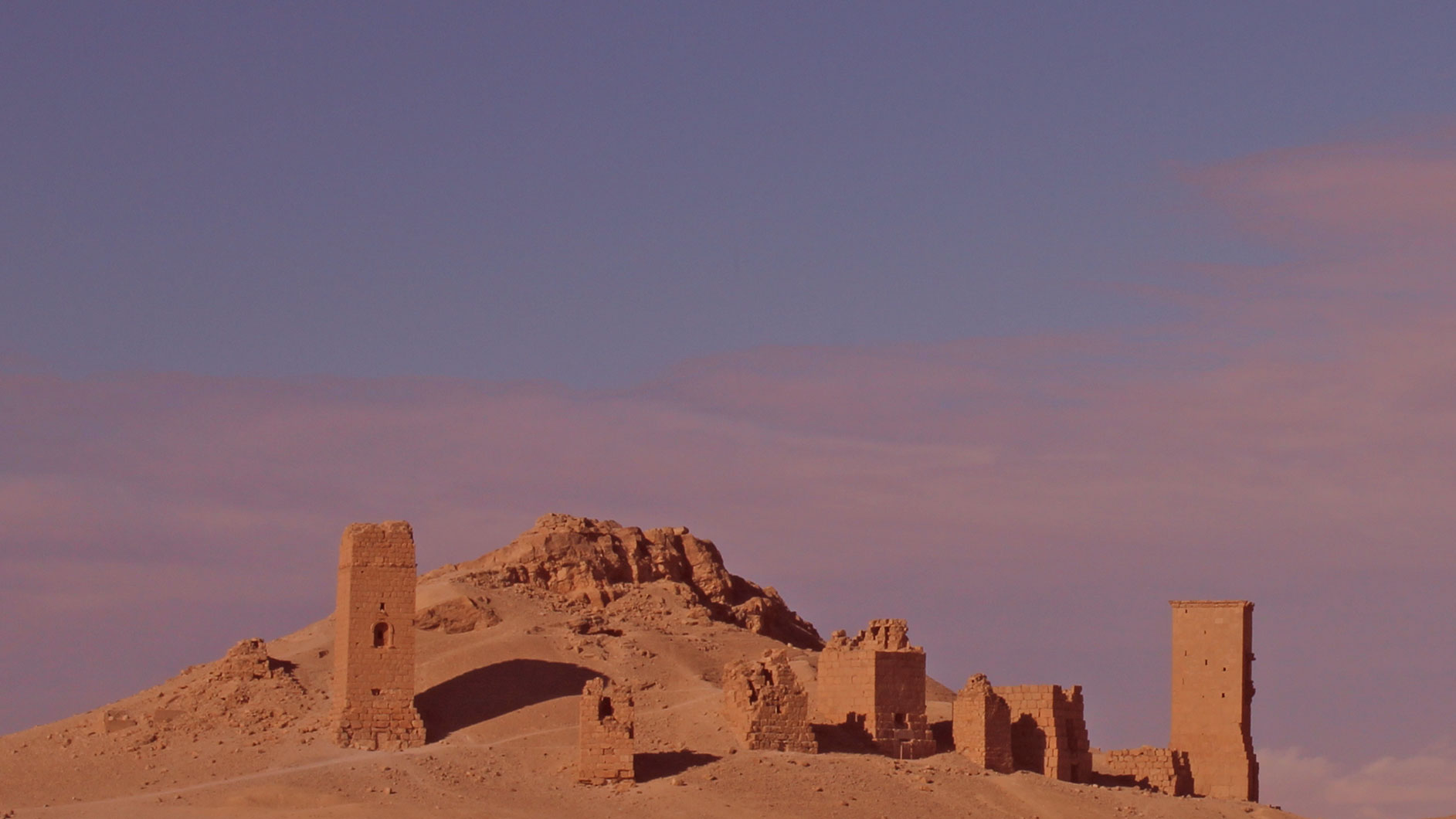